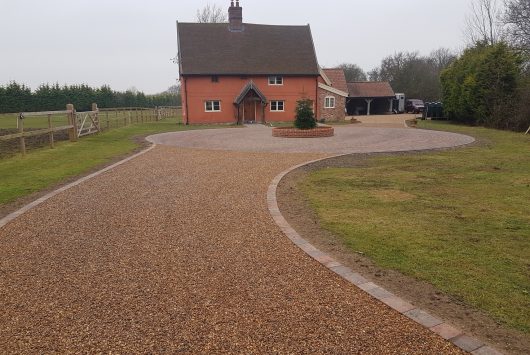 After previously working with the clients, a new patio in 2015 and new paddock fencing in 2016 they wanted to have a new driveway constructed.

After discussing the project with the clients they decided to have a central feature, a turning circle with a centred raised garden bed as you drove up to the main building. The turning area would consist of a Marshal tegula paving, as this would give a nice rustic feel. The main driveway and parking areas would consist of a golden pea shingle in-bedded into bitumen. Tegula paving was also used as an edge restraint.

The project was started in late October 2017 and despite the challenges of winter was finished early January 2018. 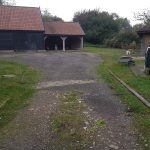 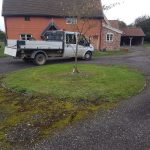 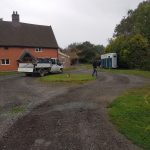 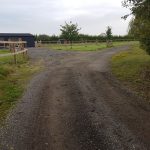 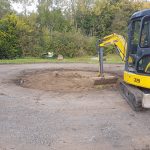 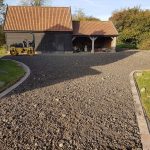 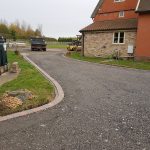 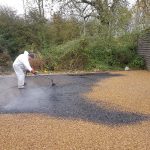 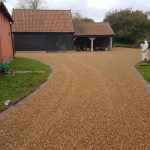 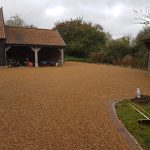 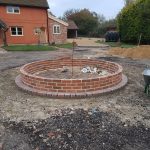 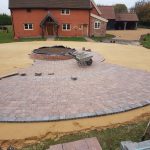 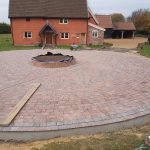 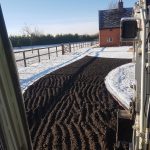 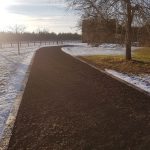 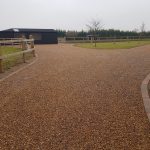 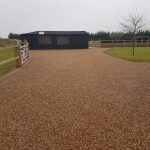